The Karen Leung Foundation is proud to present the 8th Annual Sohn Hong Kong Virtual Investment Leaders Conference. As with every year the conference brings together Asia’s leading investors to support the fight against gynaecological and pediatric cancers by promoting research, education, prevention and optimal treatment.

To address travel and social gathering restrictions the main sessions of the event are all accessible virtually via live stream. Additionally, the afternoon will also feature the usually separate Next Wave programme element at the beginning of the afternoon proceedings.

The Karen Leung Foundation's Sohn Hong Kong Virtual Investment Leaders Conference, in partnership with the globally recognised Sohn Conference Foundation, is a must-attend event, in person or virtually, as it provides a forum for successful professional investors to present a market view or investment idea, allowing attendees to gain valuable insights from leaders in the field.

All proceeds from the conference will go to support both the Karen Leung Foundation and Sohn Conference Foundation’s missions.

To sponsor and for more information on the event, please email us at info@karenleungfoundation.org

Sean Debow is CEO and CIO of Eurizon Asset Management in Asia. Prior to Eurizon, Sean was the CIO at Interlink-Swiss Asia Asset Management. Earlier, Sean was Founder and Portfolio Manager for Matchpoint Investment Management. Sean started his career in investment management in 1994 when he joined Merrill Lynch Asset Management (now BlackRock) in Hong Kong. In 1999, Sean joined UBS in where he was the Asia Pacific Tech Strategist. In 2005, Sean joined Olympus Capital in Hong Kong as Research Director and in 2007 Sean joined Ivory Capital in Hong Kong as the Asia Managing Director. Sean is a Fellow Chartered Accountant, Fellow Chartered Professional Accountant and a Chartered Financial Analyst. Sean graduated from Western University, is the Past Chairman of CPA Canada Hong Kong Chapter, and President of Hong Kong Tzadakah Limited.

Alp Ercil is the founding partner and Chief Investment Officer of ARCM, a Hong Kong based investment management business focused primarily on distressed securities. The Firm was founded in 2011 with the goal of building a credit focused multi-asset platform in the region. ARCM currently manages approximately $3.7 billion through closed end funds, in addition to a group of coinvestment vehicles. Previously, Alp spent 10 years at Perry Capital where he managed the firm's Asian and global cyclicals portfolios. He was also a member of the firm's four person Management Committee. Alp joined Perry Capital after earning his MBA at Stanford University's Graduate School of Business. Prior to attending Stanford, Alp was an associate at The Blackstone Group and in the mergers and acquisitions group at Deutsche Bank. He graduated from the University of Pennsylvania in 1995 with a B.S. in Economics from the Wharton School of Business and a B.S. in Systems Engineering from The Moore School of Engineering. Alp is currently a member of the University of Pennsylvania’s Asia Leadership Committee and has been a guest lecturer at the Wharton School of Business, Harvard Business School and the Hong Kong University of Science and Technology.

Seth H. Fischer is the founder and Chief Investment Officer of Oasis Management, an international investment manager that invests globally across capital structures. Mr. Fischer founded Oasis in 2002 following a successful seven-year career at Highbridge Capital Management, where he managed the firm’s Asian investment portfolio. Prior to joining Highbridge, Mr. Fischer served in the Israel Defense Forces. He received a Bachelor of Arts in Political Science from Yeshiva University in 1993. He is a Board Member of the Karen Leung Foundation and the Carmel School in Hong Kong, and Vice Chairman of the Ohel Leah Synagogue Management Committee in Hong Kong.

Mr Grego is the managing partner and CIO of Quintessential Capital Management (QCM), a long/short equity fund based in New York City. Quintessential focuses on value and activist short investing and has built an impressive track record in identifying, investigating and exposing fraud and other corporate malfeasance. Among its notable successes, Quintessential shorted and exposed the notorious “Globo Plc”, "Folli Follie” and "Bio-on”: these companies were confirmed frauds and delisted within days of QCM report. QCM also exposed the Canadian cannabis company "Aphria", highlighting serious conflicts of interest within the board. The QCM campaign led to the resignations of three board members, including the CEO. Quintessential operates through a so-called “deep due diligence” approach, applying state-of-the-art investigative techniques to supplement its more traditional fundamental analysis.

Jay joined Egerton in 2003 and is a partner of Egerton Capital (US), LP. He is a generalist stock picker focused on North America. Prior to joining Egerton, Jay worked for the Center for Financial Research & Analysis (‘CFRA’). CFRA is a forensic accounting firm focused on helping institutional investors identify companies employing aggressive accounting to hide deteriorating operational performance. In his five years at CFRA, Jay was responsible for North American equity research as well as setting up the firm’s European equities business, which he led until joining Egerton. While at CFRA, Jay wrote research reports highlighting some of the well-known accounting stories of that time including Calpine, Xerox, Ahold, and Lernout and Hauspie. Jay is a CFA charterholder, and has degrees from the University of Chicago (MBA) and University of Washington (BA).

Steven Krein is the CEO, co-founder and managing partner of StartUp Health, which is investing in a global army of entrepreneurs, called Health Transformers, to achieve health moonshots. StartUp Health has the world’s largest health innovation portfolio with more than 330 companies from 26 countries and six continents. In addition, StartUp Health has assembled a curated worldwide network of 200,000 innovators, industry leaders and investors committed to supporting the entrepreneurs reinventing the future of health. Steven is a serial entrepreneur, speaker, investor, advisor and entrepreneurial coach. Prior to StartUp Health, Steven co-founded and led several technology companies including OrganizedWisdom, Promotions.com and Webstakes, a company he took public on Nasdaq in 1999. Steven received his JD degree from Delaware Law School and BA degree from the University of Maryland, College Park. Steven is a member of YPO (Young Presidents’ Organization) and lives in New York City with his wife and three daughters.

With more than 19 years of investment experiences, Mr. Qiu has served as portfolio manager in top investment banks and hedge funds such as UBS, Credit Suisse, Deutsche Bank and Millennium. Mr. Qiu has extensive experience in high frequency trading, statistical arbitrage and quant macro strategies. Mr. Qiu received advanced degree in physics from the University of Pennsylvania and a bachelor's degree in physics from Fudan University.

Aaron Stern is a Managing Partner and the Chief Investment Officer of Converium Capital Management, a multi-strategy opportunistic investment manager headquartered in Montreal. Converium aims to deliver positive and uncorrelated returns regardless of macroeconomic conditions by investing in distressed and event-driven opportunities globally and across the capital structure. Prior to co-founding the firm, Aaron was a Partner and Managing Director at Fir Tree Partners, a multi-strategy investment firm founded by Jeffrey Tannenbaum. At Fir Tree, Aaron was responsible for distressed, special situations and event-driven investments globally where he successfully employed his contrarian idea selection in new areas for the firm, including sovereign and municipal debt, emerging markets and engagement opportunities in Europe and Asia. He most recently led an innovative restructuring of Puerto Rico’s Government Development Bank and a campaign to improve governance and shareholder returns at a recently privatized Japanese railway operator. Prior to Fir Tree, Aaron held investment roles at O.S.S. Capital Management and Millennium Management. Before Millennium, he was an investment banking analyst in Credit Suisse’s Leveraged Finance and Restructuring groups. He earned his bachelor’s degree in Commerce, with a Major in Accounting from McGill University, where he is a Global Expert and guest lecturer.

Nancy Yang is the founder and CIO of CloudAlpha Capital, a China Specialized long/short equity global TMT fund with the goal of building a next generation leading global TMT fund that turn mega sector trends into Alpha. Nancy is a technology specialist, investor and a serial-entrepreneur with over 10 years of experience in both public and private investments in the TMT space. Nancy founded CloudAlpha in 2014 following a successful VC start-up CloudAtlas Capital, which is an early stage VC fund started in 2012 as a joint ventured with Sequoia China Fund and was focusing in the leading technology space. During CloudAtlas, Nancy had been the first investor in several leading AI unicorns such as China’s leading AI Chip company Horizon Robotics and Nuro.AI, which is a world’s leading Level 5 Autonomous Driving company Nuro.AI. Nancy also co-founded three tech start-ups during this period with CloudAtlas. From 2011 – 2012, Nancy was a senior analyst in Mirae Asset Securities’ TMT equity research team, where she was highly ranked by both Asia Money and Institutional Investors. Nancy spent the early part of her career between 2006 – 2011 in M&A with Lazard and Deloitte in the TMT space.

Registration to this event is now closed. 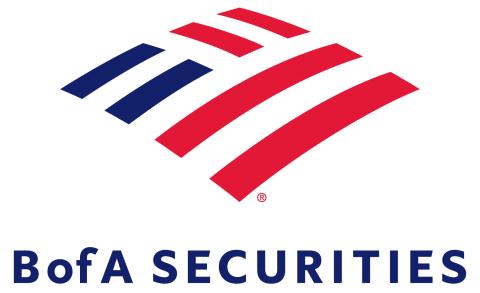 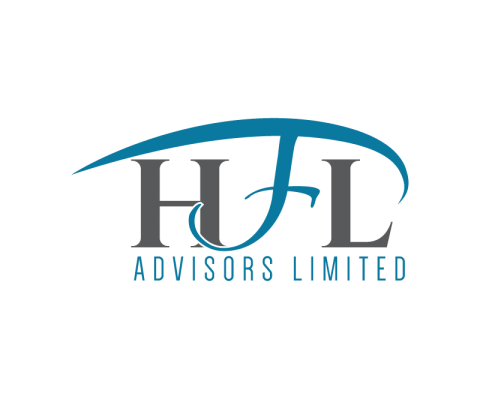 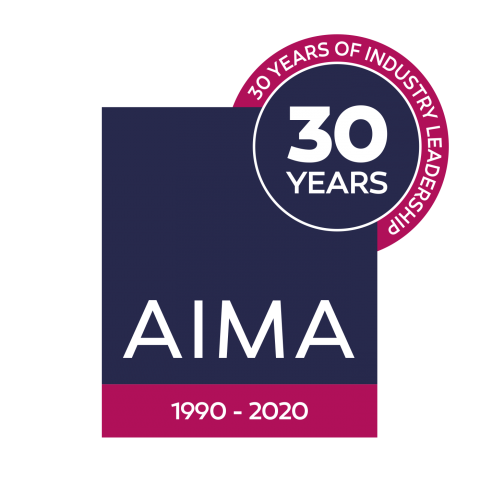